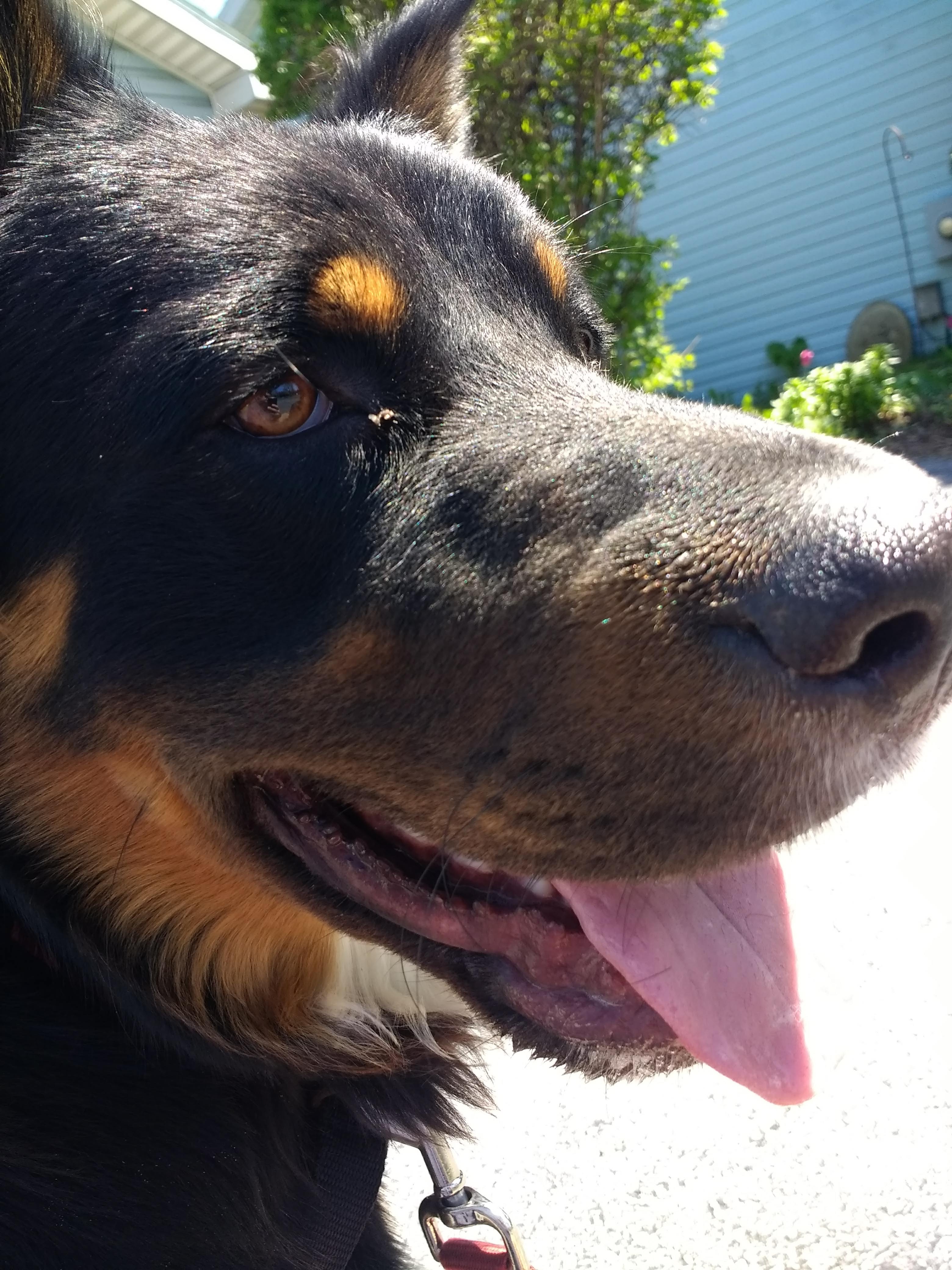 I'm sure this will delight a reader or two.

After Thursday night's rain, the skies turned blue. And the weather forecast says the stoop is in for a string of sunny days and temperatures warming into the 60s.

As much as I'd like winter to stick around for a little while longer, there's no stopping the seasonal change. It's as inevitable as the holes Ornery Dog Jasper digs in the backyard. No amount of pleading is going to stop either one. It'd be like standing there trying to convince the daffodils that they are coming up way too early. Not only are daffodils no better listeners than ODJ, but you'd give the neighbors another reason to think you're a little cuckoo.

Funny thing about spring. It can be a tease.

Looking out my front door on Friday, all that bright sunshine made it seem warm enough for shorts. But if you were thinking about slipping into those cargos. the joke was on you my warm weather friend.

It was still about the way I like it - cold enough that I was comfortable walking ODJ to the park near the stoop wearing jeans, my black down vest, over a sweatshirt, gloves and a baseball cap turned backward. Dirty gray skies were the only thing missing.

Simply put, the world was not yet ready for my cargo shorts and I wasn't either, obviously. But they might make an appearance, paired with the Crocs that horrify my wife, if the forecast pans out.

Anyway, ODJ and I had the park pretty much to ourselves. I let him have his nose and buried mine in my phone.

When I looked away from my Twitter feed to see what ODJ was up to, my stomach flipped. He had lifted his leg and was relieving himself on the end of a playground slide. It was almost like he was doing it on purpose, like he KNEW exactly what he was doing and couldn't wait for some unsuspecting kid to come whooshing down the slide so he could get a good laugh.

THAT DOG IS ORNERY.

I gave his leash a quick a jerk to get his attention, took a look around to make sure we were still alone and got out of there.

After we made our usual circuit of the park, we came back around to that playground.  And thankfully, it appeared as if the slide had remained unused while we were gone. There was still a puddle of pee on the end of it.. I didn't have paper towels on me (much less disinfectant) so I did the next best thing. I used my foot to push Jasper's piddle off the end of the slide, figuring it would at least dry faster.

Not a perfect solution, but it was the best I could come up with short of wiping it down with the shirt off my back. Remember? It was still cold outside. I didn't want to freeze on the walk home. Besides, never let it be said that I didn't do the least expected of me.

By the way, ODJ is starting obedience training this week. It's about time. Maybe they'll teach him more appropriate places to do his business.

As it is now, I'm never again going to be able to watch kids play on a slide without cringing a little.