Groundhog Day In The Neighborhood

- April 15, 2020
Have you ever heard the sound a groundhog makes when it's cornered and pissed off?

I did over the weekend. They loudly gnash their teeth and it was the most exciting thing to happen in my neighborhood since the days started running together like they do in well ... the beloved Bill Murray flick "Groundhog Day."

Is it 6am already campers?

Where's Ned Ryerson when you need to punch someone?

I'm not sure I have it in me to give anyone a fat lip. Not yet, anyway. I did, however, get a little snippy Monday when I couldn't find a decent pair of clean socks. Doing laundry in the age of coronavirus is optional at my house right now.

Anyway, if I were going to bop anyone in the mouth, it might as well be Ornery Dog Jasper.

He's a puppy. And when he's not scratching a hole in the drywall, tearing up our meager supply of toilet paper, or swiping food off the kitchen counter, he's annoying our veteran, Big Dog Rodney. Rodney's hips aren't what they used to be and his patience is wearing thin. I might have to kick Jasper out of the house and wash my hands of him if he doesn't stop nipping at Rodney's heals. (See what I did there?)

I tried to walk some of the trouble-making energy off  Jasper Saturday afternoon when we came upon the groundhog. It was cornered beneath a honeysuckle bush by one of Jasper's girlfriends at the house by the STOP sign in the lower part of our neighborhood. His other paramour lives there, too. And for the life of me, I don't know why they are so enamored of him.

The only thing I can figure?

They must be the sort of girls who are attracted to BAD BOYS DOGS.

When those two see us coming they get so excited they run up and down the length of  the chain link fence that keeps them penned in their backyard. For his part, Jasper slicks back his hair, puffs himself up for the expected adoration and starts strutting as if he were John Travolta in "Grease." On Saturday, though, only one of his admirers was outside and she missed a chance to have Jasper all to herself. She was too fixated on the groundhog.

I tried to help my neighbor Steve coax his dog Jovie (sp?) away from the confrontation, but she was barking mad. I even dangled the possibility of a tryst with Jasper.

She didn't take the bait.

Jovie was in no mood for love.

Later that evening, my wife told me that she also came upon the "Great Groundhog Standoff" while out riding her bike. She must have turned up a short time after Jasper and I gave up and left to complete our circuit around the neighborhood.

My wife speaks fluent dog, so when she arrived and called Jovie's name, the standoff ended. Where Jasper's sex appeal failed, the sound of my wife's voice somehow broke Jovie's single-minded focus on the groundhog.

Being overthrown for a rodent must have been terrible for Jasper's self-esteem. But if there is any dog that deserves to be knocked down a peg or two, it's him. 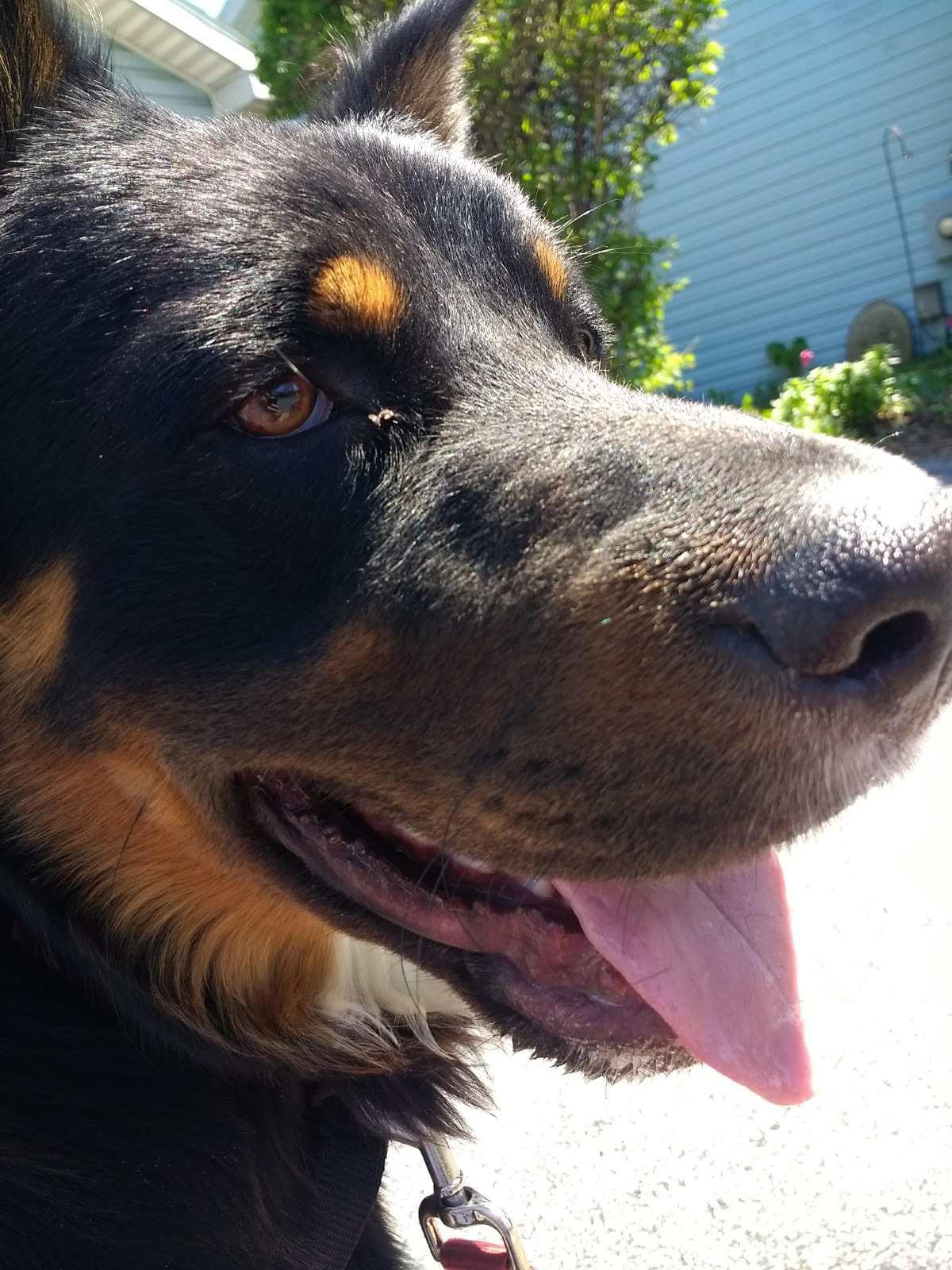