After October Baseball, Now What Do I Do?

- November 08, 2019
Now that the excitement of the Washington Nationals becoming the kings of October baseball appears to leveling off, I am at a loss as to what to write about this week.

I suppose I could offer my thoughts on the Nats making their final bows. They had their parade in downtown D.C., last weekend, but I wasn't able to go because (a) I had to work and (b) I needed to be home in time for Trick or Treat - it was postponed from the actual holiday on Thursday because of stormy weather, which, come to think of it, seems appropriate for Halloween.

The Nationals last public celebratory appearance came on Monday, with a visit to the White House. A handful of team members declined to go and President Trump awkwardly hugged Nats catcher Kurt Suzuki. Better if I just remain silent.

Now that celebrations have ended, as if on cue, the weather is getting colder in my neighborhood - too cold to comfortably enjoy coffee out on the stoop. Even baseball can't keep the days from getting shorter and the nights from getting longer. We're clearly marching into winter with each passing day.

I could hold forth on the new pair of suspenders I received in the mail this week. They're tan, they're stretchy, and they're just as comfortable as the other ones I've acquired, inspired by the lucky Nationals suspenders I wore for each World Series game. I'm looking forward to showing off my latest pair at work this weekend, but that's all I can think of to say about suspenders. I wrote about them last week. I'm afraid I've milked my newfound affinity for them to the limit, at least for now.

I was in the newsroom Tuesday night when Democrats won control of both houses of Virginia's General Assembly for the first time in more 20 years. That same night, Democrat Andy Beshear claimed victory in the Kentucky governor's race. But while he's preparing to become Kentucky's next governor, the Republican incumbent, Matt Bevin, is living up to his combative reputation. He fell short by more than five-thousand votes, but has yet to concede.

The race for governor in Mississippi was less complicated. Republican Tate Reeves won. The final governor's race this year will be decided next weekend in Louisiana.

Others are better than me at writing about politics. I prefer to stick closer to home, where, this week, I cleaned up the back yard - giving it what I want to believe is its final haircut of the season and making my lawnmower pull double duty as a leaf mulcher.

They say mulching leaves is good for your yard and I guess I should be motivated by that, but I'm a lazy simple man. Using the lawn mower as a mulcher is easier than bagging leaves, so that's what I do.  Now, I'm waiting for the other leaf to drop.

The Bradford Pear trees in our front yard are always the last to lose their leaves. I've thought about asking them why they are so stubborn that way, but I'm not likely to get an answer. Trees are nothing if not the tall, silent type. Plus, I don't want to give the neighbors another reason to believe that I may not be all there.

Looking back on the week, I had a lot going on, but I lack the motivation to flesh out any one of them. So for this week's post, here's another picture of the puppy that moved into our house a few weeks ago. He's getting bigger. 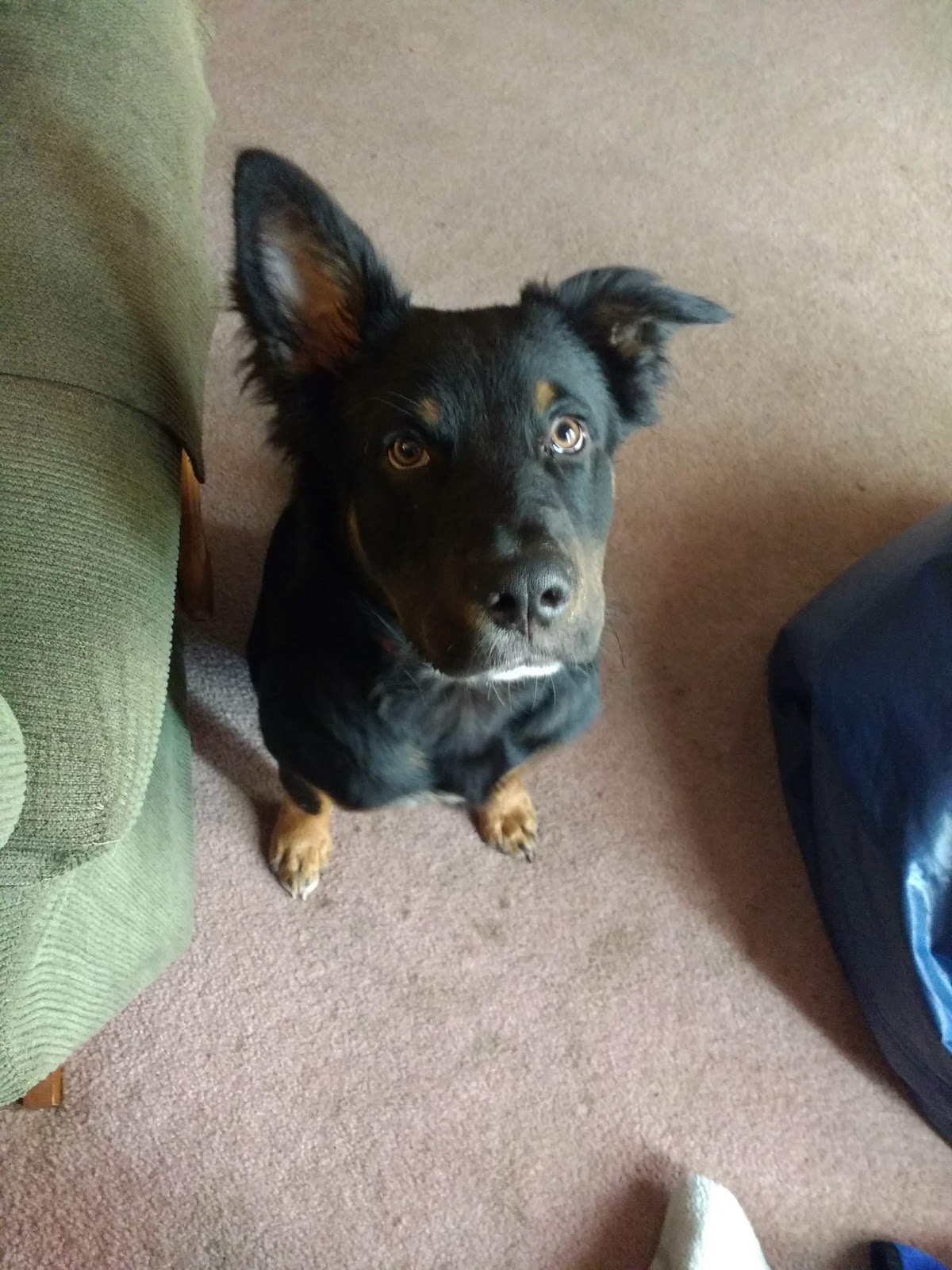