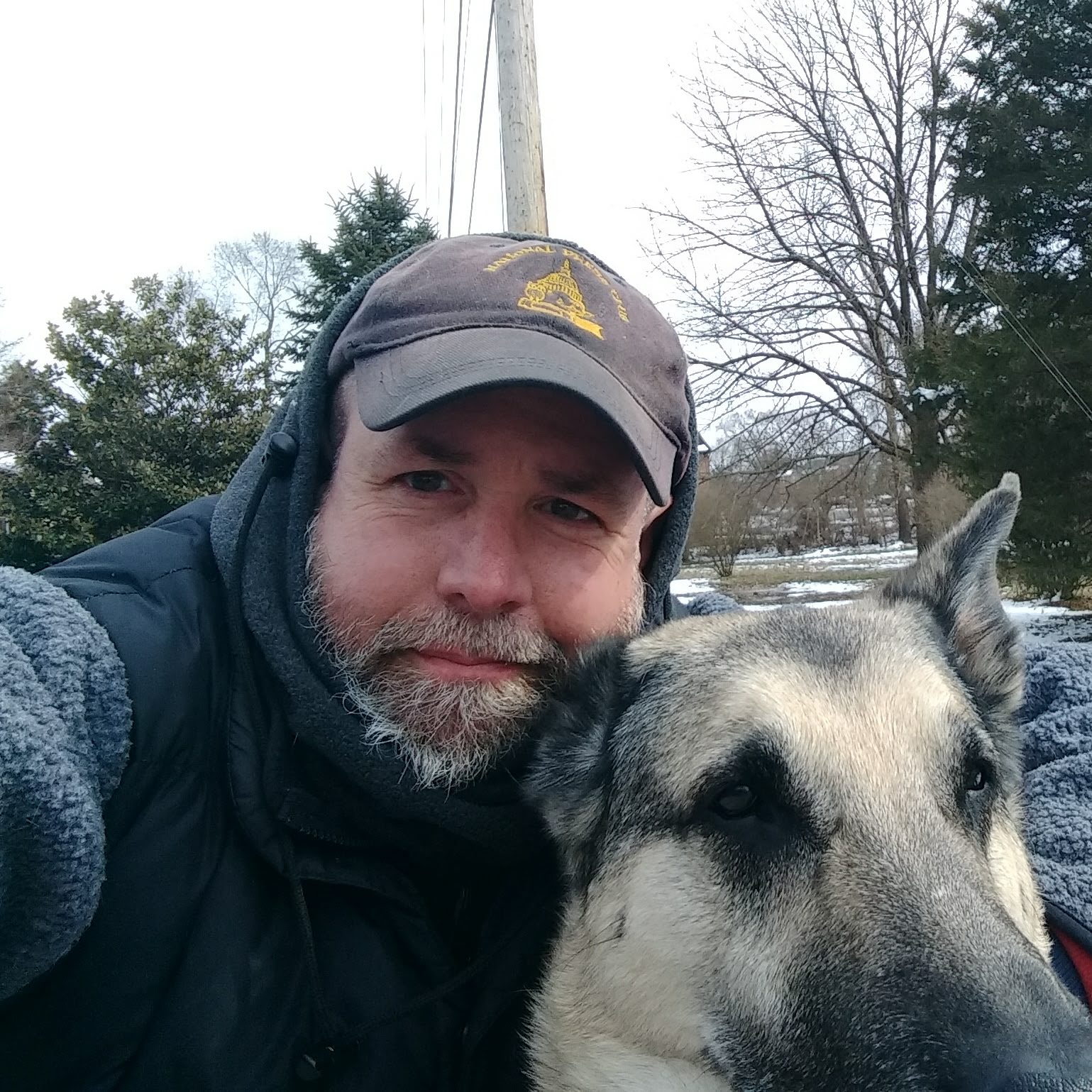 Remember when we were all wishing 2020 good riddance?

That doesn't seem to be working out so well.

We're just two weeks into '21, but it's already been a year. The riot at the Capitol last week led to President Trump's second impeachment this week. Thousands of National Guard soldiers are on the streets of Washington, D.C. to help discourage any more chaos ahead Joe Biden's inauguration as the FBI warns of armed protests in all 50 states. And the coronavirus is raging, more deadly than ever while the government vaccine rollout is being panned. Biden called it a dismal failure this week.

As worrying as all of that is, it's the cut that hits closer to home that hurts the worst - our Big Dog Rodney is no longer with us. He let us know his time was up Tuesday morning. He had been teetering around on bad hips for months. They finally failed him completely this week.

I say OUR Big Dog Rodney, but he was really my wife's dog. He was devoted to her - wouldn't let her out of his sight if he could help it. If by chance she slipped outside when he wasn't looking, to get the mail for instance, he would whine and bark and turn circles while anxiously peering out the dining room window with his ears standing on end until she returned and he could follow her around again. His anxiety attacks were annoying. I might have been a little jealous.

Most of us who live here at my house are mutts - from my wife and me, to our kids, our two cats and of course, Ornery Dog Jasper. ODJ (as my friends on Facebook have dubbed him) is a little bit of everything. He has a Rottweiler's coloring - black and tan - but he's a West Virginia Brown Dog if you will, so mixed up it's hard to tell what may be in there. We have the DNA test to prove his colorful ancestry. Not Rodney, though. He was a purebred German Shepherd Dog plucked from doggie jail by a rescue organization. How such a grand dog ended up in the custody of the pet police, we'll never know. But he ended up with us when he was about a year old.

Rodney and I got along pretty well ... when he wasn't doting on my wife. In the early days, well before his hips turned on him, we used go out back in the morning. I'd throw a frisbee for him while we waited for the school bus to pick up my daughter. He loved chasing down that frisbee. He also liked to get into barking matches with the dogs who live behind us. And when he got tired, he'd come inside and watch "Star Trek" reruns with me.

He remained calm with me, but perked up when my wife got home from work. And as devoted as he was to her, his fidelity was a double-edged sword - it almost sent him back to the pet penitentiary.

My wife is an inveterate dog walker and when she slipped on ice a few winters back, hitting her head and shattering her wrist, Rodney would not let the EMTs anywhere near her. They warned of calling animal control until my wife got a neighbor Rodney trusted to come and get him while I rushed home from my newsroom job in the city.

In any case, with Mr. Protection at her side, I never had to worry about my wife walking him all over town after dark.

Rodney had his moments. Seems to me that's what you sign up for when you a welcome a dog into your life, especially one as big as he was. But at least when he made the television news a few years ago, it wasn't because he'd been arrested after a drunken brawl outside a dive bar or because he'd been flashing the neighborhood cats. It was because he ran a 5k race. 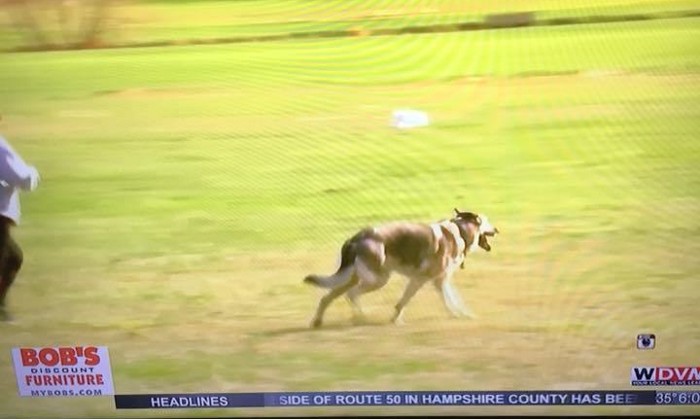 He ran that race with ... who else? My wife, of course. The race was a fundraiser to draw attention to homelessness. He won the canine division, a big accomplishment if more dogs had run it. We didn't have the heart to tell him that he was the only one.

We're now adjusting to life without Rodney. I keep expecting him to greet me when I come home. And my wife wants to reach for his hip meds in the morning.

In time, they'll go away. It helps that ODJ is around. He gives my wife something to do in the morning and a way to wind down after a long day at work. Otherwise, she might try to walk one of the cats.

Anyway, thanks to everyone who offered condolences when I posted a picture of Rodney on Twitter this week.

Twitter has a reputation as a place more suited to snark, but you proved it can be a place for compassion as well. It was much appreciated and Rodney would have liked all the attention.

He had his moments, but all in all he was a pretty good boy. 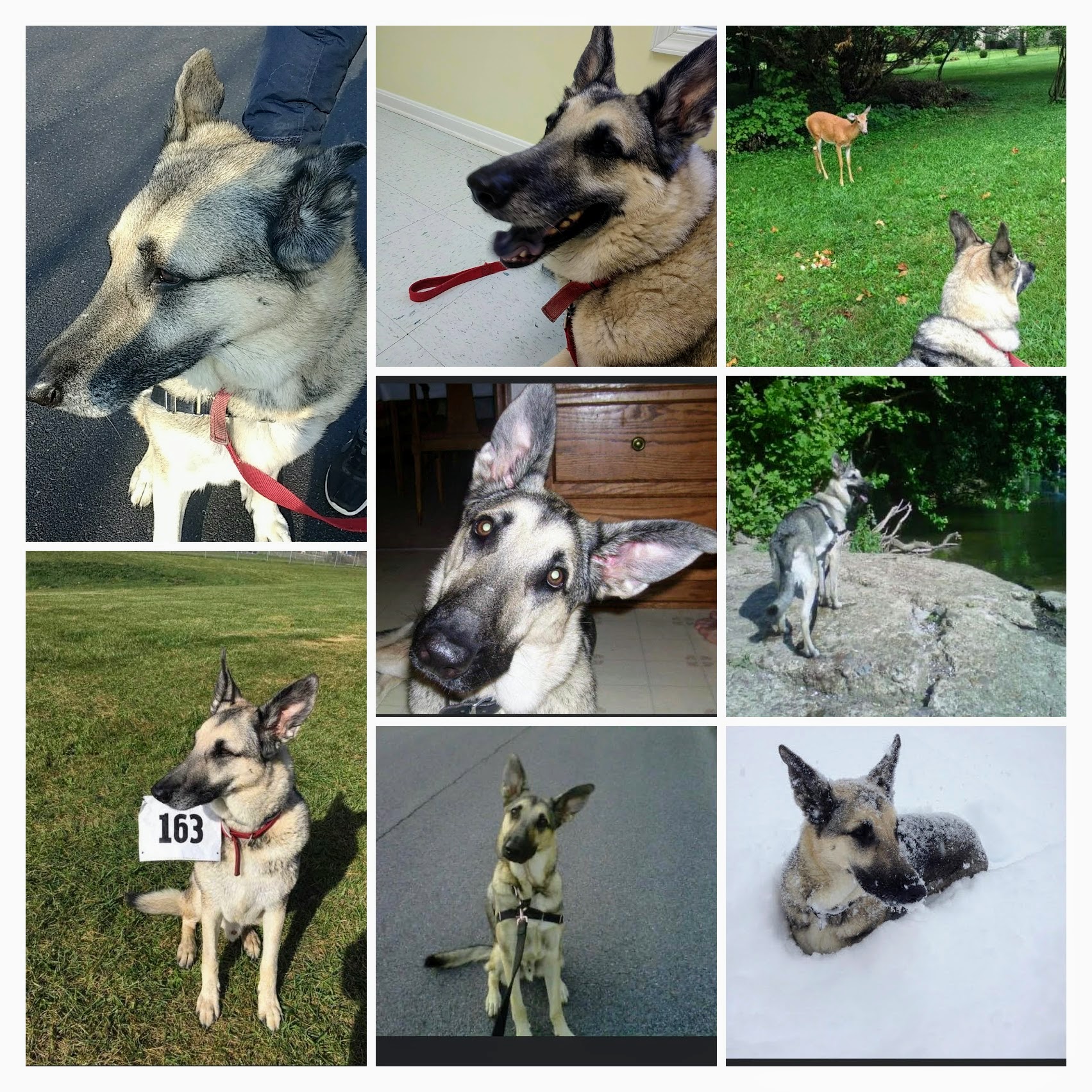