Snow fell this week and now my back hurts 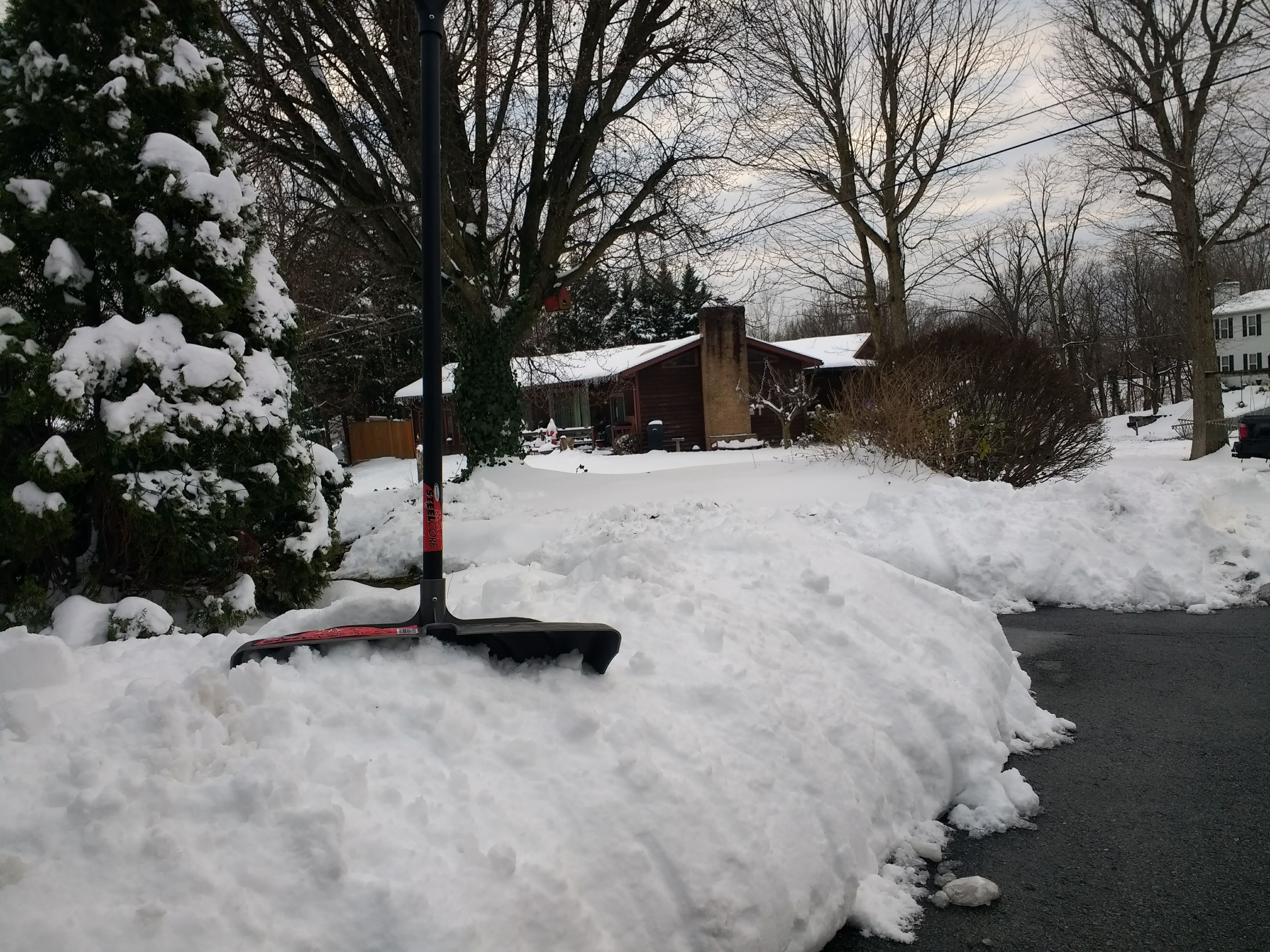 Members of the Electoral College met Monday and formally affirmed Joe Biden's election victory. The first Americans received Pfizer's coronavirus vaccine this week and the weather finally acknowledged that "Winter is Coming," to steal House Stark's "words" from back when "Game of Thrones" mattered.

I woke up Monday to the sort of day that makes me secretly relieved that my wife insists that she be the one who takes the dogs out for their morning ablutions. It was raining -and it was cold - when she lured Big Dog Rodney out back to piddle. Rodney can't lift his leg in other people's yards anymore. Not even in mine, for that matter. His hips are shot, a common affliction for aging German Shepherds like him. It's hard for him to get around. Long morning walks are out of the question.

While I happily sipped coffee from a mug my brother gave me the last time I was home, my wife came back inside, rounded up Ornery Dog Jasper, and trudged through the neighborhood with a plastic bag in her pocket waiting for him to poop. She arrived back home sopping wet. Rodney was so excited by her return that he lost control and pooped on the carpet.

Life with an aging dog. It's not his fault. Watching his decline is no fun, but he still seems interested in things that make dogs tick so ... not yet, old friend.

The cold rain was a harbinger, the warm-up act for what was to follow after days sunshine, blue skies and unseasonably warm temperatures. The main event of the week blew into the neighborhood on Wednesday, a Nor'easter that dumped snow, sleet and rain. My local newspaper called it "the biggest snowstorm to hit the Northeast in years."

There have been bigger storms that brought the neighborhood to a standstill, but this one was big enough. The snow that buried the stoop was heavy and wet, but I was untroubled by it because (a) thanks to the pandemic, I've been working from home since May. I was NOT dreading a difficult commute and (b)  my wife volunteered to shovel the driveway first while I made ... coffee.

It's not like I could have been of any use anyway. We only have the one shovel and besides, it was still snowing. My turn was coming.

In retrospect, I should have done what our dog Rodney can no longer do - lifted with my legs more. That snow was heavy. My lower back is protesting, which is why when a neighborhood kid stopped by the stoop the next day and offered to shovel the snow that fell on the driveway while we were sleeping, I happily opened my wallet and paid him.

There was a time when I likely would have turned that kid away - mostly because I'm cheap.

But like Rodney, I'm getting older. Another Christmas will be in the books next week, 2021 is right around the corner and before we know it, Joe Biden will be President.

Thanks for stopping by the stoop. Hope to see you next week, assuming of course, I get around to writing another one of these things.