FROM THE ARCHIVES: Big Dog Rodney ran a 5k and other trashy news from the stoop

Editor's Note: Thought it might be fun to revisit posts from my old Wordpress blog. I'm bad at blogging regularly so I won't make any promises, but my plan is to recycle those old posts on Wednesdays. The following was published on this day three years ago.

Bright sunshine returned to my neighborhood this week. And, while temperatures rebounded a bit, you’d never have known it because of the blustery mid-November winds. They cut through my flannel shirt, giving me a chill while I was out walking Big Dog Rodney. They even almost claimed my favorite baseball cap. After venturing downtown to visit my barber, a strong gust blew it off my head and threatened to send it tumbling end-over-end down the street as if it were one of the leaves that have been shaken from the trees around town.

With the leaves coming down, there are seasonal chores to take care of. For instance, my ladder will be making its fall debut soon. The detritus of the season is clogging the gutters at my house. Once they’re cleaned out, I’ll likely trade the ladder for my rake and get to bagging the leaves the wind didn’t blow away.

A few of the trees at my house could use a trim, but I’m probably going to hire a working man to take care of that - the kind of guy whose sturdy leather boots make much better sense than mine, which are more for show, truth be told.

My daughter’s schedule is slowing down. She and her theater posse wrapped up their high school play last weekend. Her grandparents came down to see the final show and gave her hug after the curtain came down for good. She appreciated seeing them.

The kids staged their last performance the day after Rodney ran his first 5k. The race was a fundraiser to draw attention to homelessness. My wife participated and took him along for company. 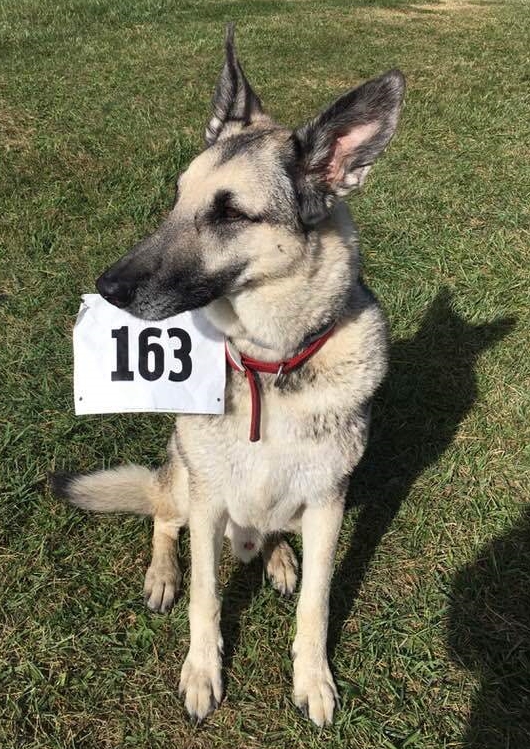 Turns out, Rodney came in FIRST in the canine category.

AND his big finish made the local TV news. 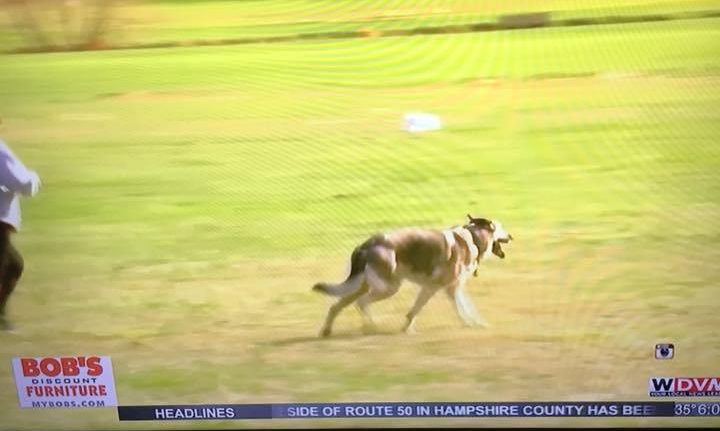 Rodney received so much praise at the race my wife and I are afraid to tell him that he was the only dog that entered.

The only other thing of interest I can think of is the pumpkin drive. One of our neighbors is gathering leftover Halloween pumpkins to take to hog farmers. I was not aware that hogs are partial to pumpkins, but that should not come as a surprise. After all, I wear sturdy leather work boots for show. It seems like a good idea, though. Otherwise, the pumpkins would just rot and get thrown out with the trash.

Speaking of trash, I almost forgot. When I went to the grocery store last week, I mistakenly picked up clear trash bags. I didn’t notice until I needed to replace the garbage bag in the kitchen.

Some things are better left to the imagination.