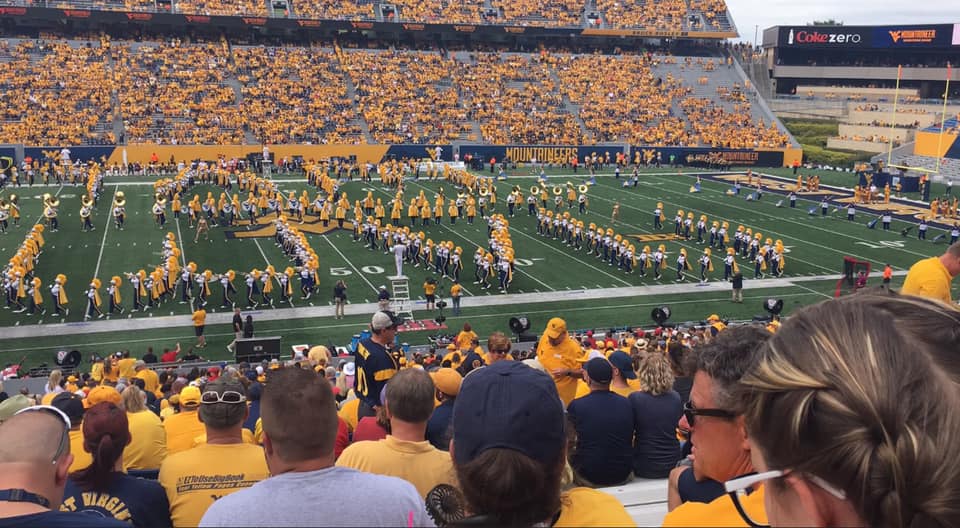 The two guys in line ahead of me at the convenience store early last Saturday morning were obviously headed to Morgantown.

They were wearing the gold and blue of West Virginia University. One had on a WVU football jersey, the other a gold WVU t-shirt topped off by a blue cap with the flying WV logo stitched above the bill.

"Think I know where you guys are going," I said.

"You too?" the guy in the jersey asked as he finished paying for his breakfast and his companion - the one with the flying WV perched on his head - stepped up to the counter.

Going to a WVU game is always a little odd for me. My Grandfather, my Dad, my Mom, and a couple of my Uncles all went to school there.

I rebelled and went to Marshall, WVU's smaller, in-state rival in Huntington, where game day demands kelly green and white rather than gold and blue.

My Marshall friends will likely accuse me of being a traitor, but the fact is, I'm just as likely to cheer for one as the other. Not only do I have history with both schools, but both of our kids now go to WVU. The game - against North Carolina State - was a chance for my wife and me to catch up with them. Plus, we were looking forward to sitting in the stands with some old friends who moved to North Carolina ages ago and have a kid who attends NC State.

Anyway, being a Marshall grad wasn't why I was hesitant about heading to Morgantown for the North Carolina State game. I was tentative because of what happened the weekend before - when WVU suffered a crushing loss to Missouri.

Charleston Gazette-Mail sports writer Tom Bragg put Mountaineer misgivings about the game we were about to witness this way:

On Saturday morning, anyone openly picking the West Virginia University football team to beat North Carolina State later that day was likely met with a round of rolled eyes and shaking heads.
This, after all, was a Mountaineer team that had just been embarrassed in a way few WVU teams have ever been embarrassed at Missouri the previous week. West Virginia couldn’t run the ball, couldn’t pass the ball, couldn’t block and couldn’t tackle. It wasn’t even a question of if N.C. State would win Saturday in Morgantown, but rather could WVU avoid another day like it had the previous week?

The brief conversation I had with those two guys at the convenience store went exactly along the lines Bragg outlined. The guy in the WVU jersey indicated he wasn't expecting much. But then he repeated the optimistic hashtag that new WVU Coach Neil Brown tweeted over the summer - #TrustTheClimb.

Brown is in his first year at WVU and #TrustTheClimb has caught on as he reshapes the WVU football team. It has become the feel-good mantra everyone seems to be taking to heart.

And then a funny thing happened. After crumbling at Missouri, the Mountaineers turned themselves around and convincingly beat North Carolina State 44-to-27.

There's still a lot of football to be played this fall. And if the beginning of the season is any guide, the Mountaineers seem destined for a season filled with highs and lows.

For now, though, trusting Coach Brown and his climb paid off early. I just wish the weather would cooperate.

Last Saturday, we sat in the stands and baked beneath the bright, late summer sun. Temperatures have cooled off since then, but highs are expected to be near 90 again this weekend.

That's a climb I can't go along with.