Anyone Else Notice The Leaves Are Already Falling? 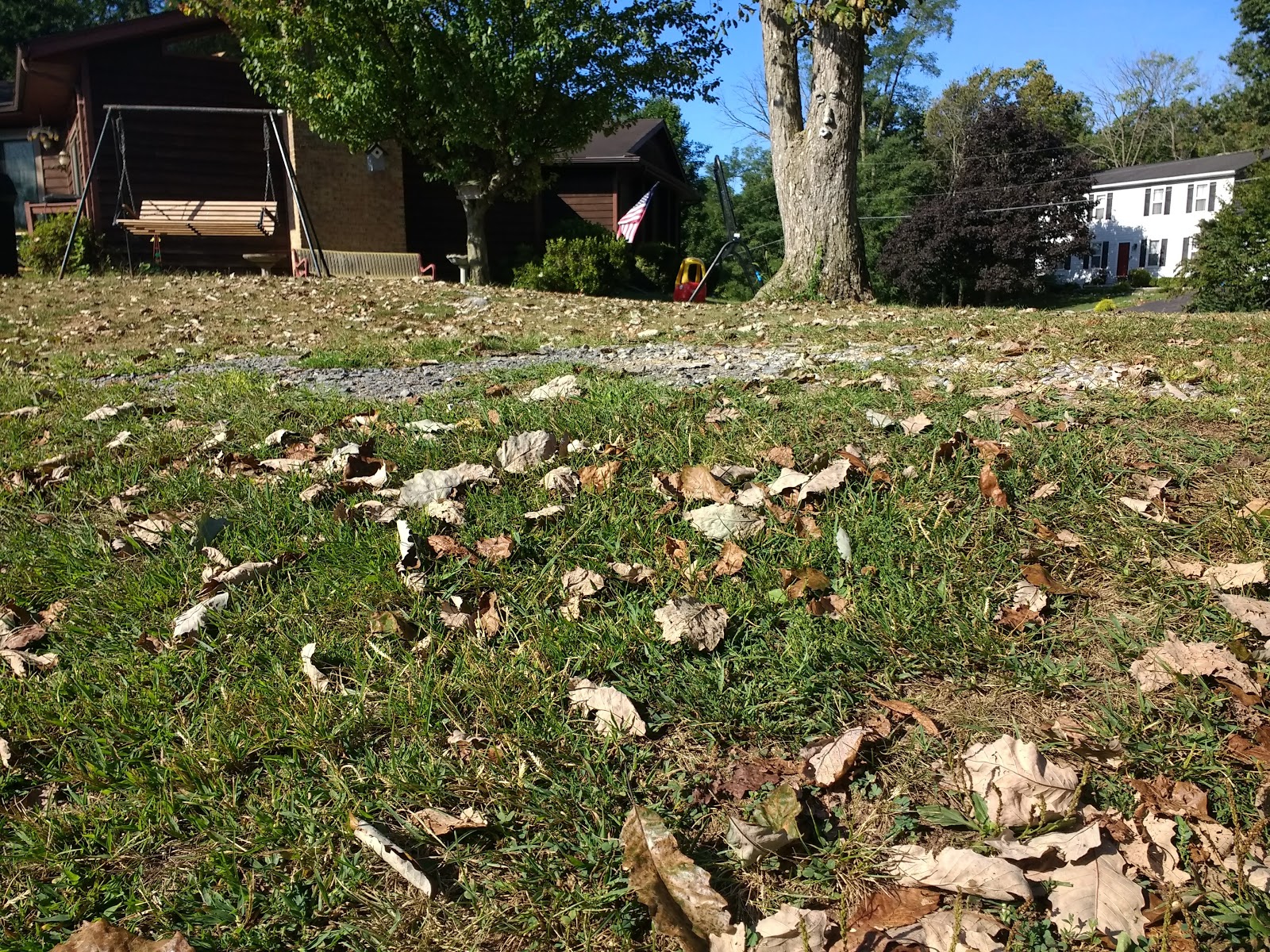 Our Big Dog Rodney is happier these days.

The weather has been cooler here in my corner of West Virginia. We've even gotten a little bit of rain. Before I know it, Rodney's fur coat will start making much better sense and I'll be able to take him all the way around the neighborhood without giving him (and me) heat stroke.

For much of August, Rodney has spent his days camped atop the air conditioning vent in our bedroom, venturing outside only in the mornings and evenings when my wife collects him for a walk. I generally take him in the afternoon, but August has been so brutal, our walks are limited to what amounts to a quick trip to the porta potty.

Rodney would much rather occupy his time engaging in barking matches with the neighbor dog on the other side of the backyard fence. Or outside standing sentinel as evening approaches, keeping an anxious eye out for my wife's arrival back home from work. He's never happier than when he's with my wife. Those two are joined at the hip.

The weather this month has not been friendly to Rodney's usual pursuits. Until now, the heat and humidity have simply been too overwhelming, forcing him to seek the cooling comfort of his preferred AC vent.

I don't blame him. After all, he wears winter clothes year-round. It's not like he can what I do when the weather calls for it, strip down to cargo shorts and Crocs. And even if he could, my wife would likely roll her eyes at him, too.

Such is the devotion of a dog that he would happily change back and suffer his usual duds if it meant pleasing her.

But where Rodney is able to at least find a measure of relief through the magic of air conditioning, the neighborhood trees are another story. They have no such luxury to retreat to when the thermometer approaches 100 degrees and the humidity makes going outside a sticky, sweaty trial.

It is their lot in life to endure.

I've lately been somewhat concerned about the trees. Some of them are showing signs of stress. They are already starting to lose their leaves.

From my perch on the stoop in front of my house, the toll of August's blistering heat combined with very little rain is evident. It's not even autumn yet and already, brown, dried up leaves lay strewn about my neighbor's yard. And the trees themselves look ... droopy.

But if the trees are to recover from their August doldrums before the leaf-falling season really begins, we're going to need a lot more rain.